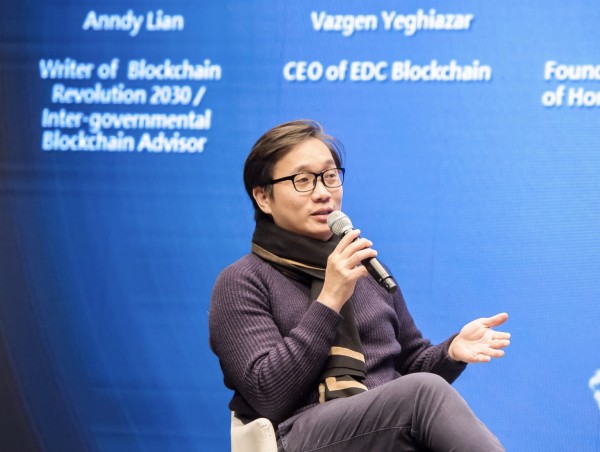 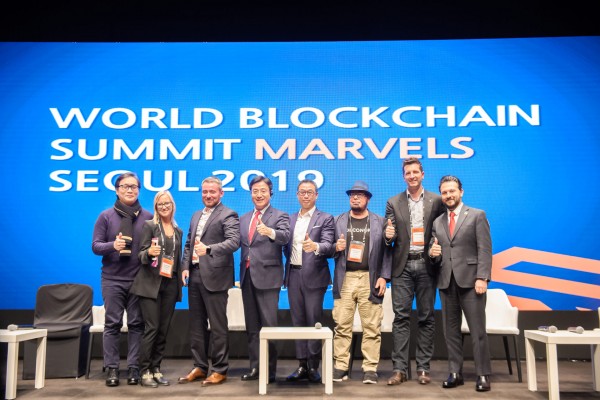 Anndy started the panel by asking about how they think blockchain will evolve in the next 3-5 years.

Vazgen suggested that In the near future, we can even tokenize ourselves. We will tokenize the value of an individual and receive direct investment using tokens. “The future of blockchain is unpredictable and I look forward to the limitless possibilities ahead!” 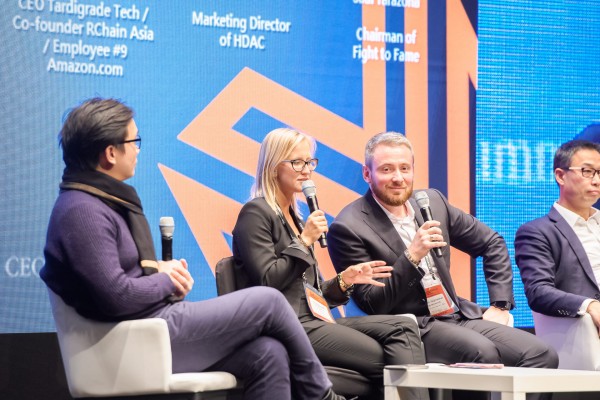 “In the last 150 years, most of the capital has been concentrated on the rich, but in the coming future, blockchain technology will share capital and expand the opportunity for anyone to join the market.” Jay shared his views.

READ  It is no use saying, 'We are doing our best.' You have got to succeed in doing what is necessary. Winston Churchill

“For the sake of discussion, I don’t think blockchain can do so much, it will change part of what we are doing right now, but it surely cannot change the world. Bridging the gap between rich and poor is not a job for blockchain. Stopping corruption, fraud, money laundering are also not tasks for this technology. Blockchain can only help to reduce and assist.” Anndy Lian gave a different opinion. “I also see that in the near future, 3-5 years, we will see security tokens go mainstream, and hopefully, the regulations can help to speed up the process for everything else.”

Anndy also gave his comments to the reporter off the stage saying that the future of blockchain is in our hands: “Blockchain is seen like a speculation tool and a big hype to many people and businesses like I have mentioned on the stage. If we want to see a better future for blockchain, we need to do a reality check by not adding on more fluff to the existing hype. We all have our own personal agenda. I can always sing the same song and say things that the general public likes to listen to and make blockchain a savior for humanity, but this is not right. At the right time, we need to properly educate the market and set a good example for our future.”

The panel agreed that blockchain has a very bright future ahead for everyone. Industries like finance, gaming, supply chain, medical and more will benefit from this technology. Industry 4.0, automation, artificial intelligence, deep learning,  internet of things will work more harmoniously together with blockchain. Blockchain will aid in closing up existing gaps such as security and introducing a new trust value.

Park Bong-kyu, who is the Founder and CEO of World Blockchain Summit is very thankful for the support from the Korean community and also his friends from all over the world who came. At the summit, he also had good discussions on future policies with the Politicians. He had also lined up a group of exhibitors to showcase their blockchain work. Lastly, he made an alliance with Gaimin.io, who is based in Europe to develop on the eSports gaming market.

Korea continues to be one of the key countries for blockchain innovation. There will be more events and announcements ahead for the industry in months to come.

READ  For things to change, I must change! Anndy Lian