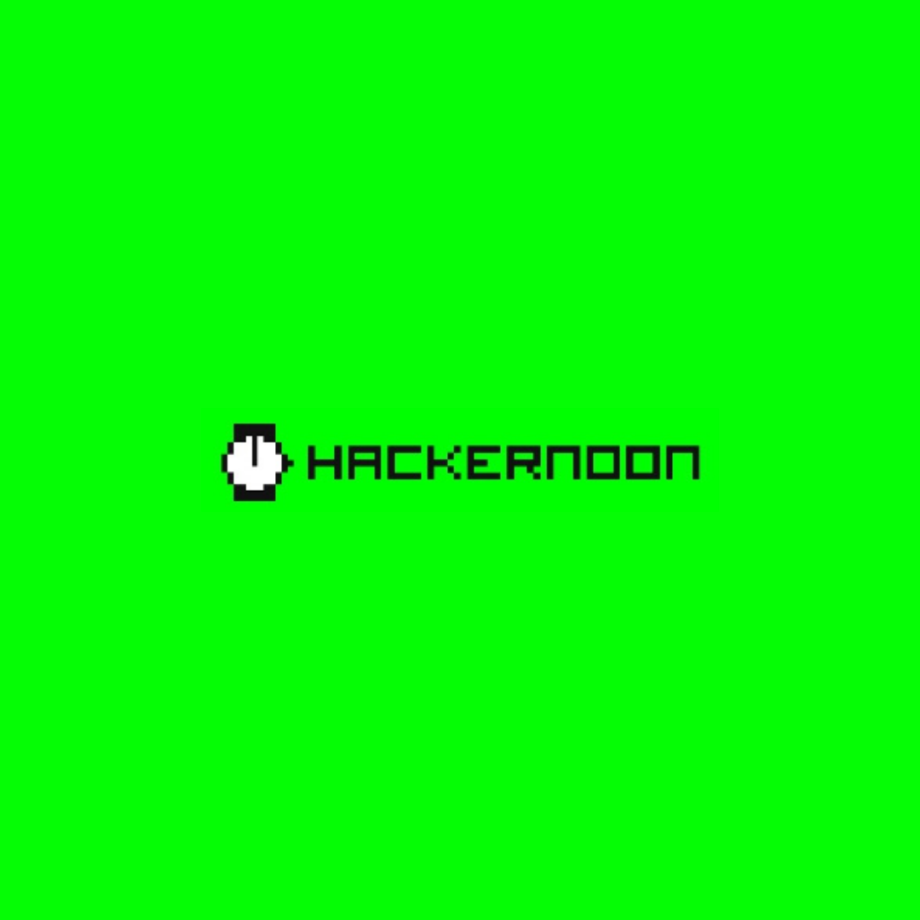 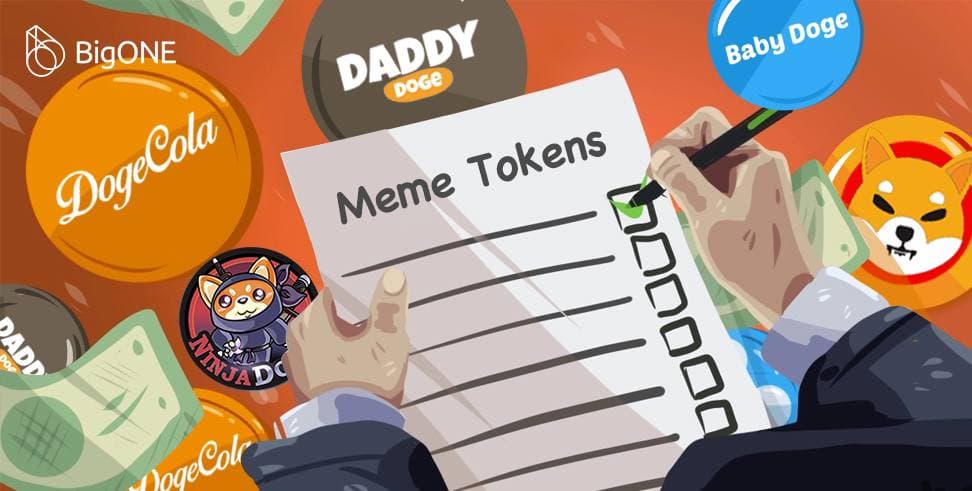 The cryptocurrency market can be extremely unpredictable due to its volatility rate of change, with new products and services arising from DeFi to NFTs to name but two key growth areas.

However, fast forward to 2021, and meme tokens have taken over the virtual currencies space, as evidenced by the presence of the first meme token created, DogeCoin, in the top ten list of cryptocurrencies in terms of market capitalization. And when top crypto analysis company Chainalysis announced recently it would now cover Dogecoin, highlighting that on August 9, 2021, Dogecoin had its fourth-largest 30-day trading volume of all cryptocurrencies, with close to $200 billion in transfers. “Our coverage of the asset is good news for the continued global adoption of digital assets,” it concluded.

This newfound popularity of meme tokens has been heavily influenced by respected figures and celebrities such as Elon Musk, popularly referred to on social media platforms as ‘The DogeFather’ due to his constant tweeting and promoting of DogeCoin since 2019.

Another noteworthy aspect is the influencer culture, which has become a mainstay in the cryptocurrency industry. Various cryptocurrencies are being ‘shilled’ by individuals with a large social media following, and meme tokens appear to be benefiting massively from this recent wave on social media platforms.

Skeptics in the industry see meme tokens as a new “get-rich-quick” scheme with no inherent utility and advise people not to trade meme tokens. This is a widespread misconception exacerbated by the ‘rug pulls’ and ‘pump and dump’ mechanisms used by some meme token creators, which has resulted in many people losing a lot of money. This impression was no doubt exacerbated by Elon Musk’s appearance on the US comedy TV show Saturday Night Live in May when asked “what is dogecoin?”,

Musk replied, “It’s the future of currency. It’s an unstoppable financial vehicle that’s going to take over the world.” And when an SNL comic Michael Che asked, “So, it’s a hustle?”, Musk replied, “Yeah, it’s a hustle,” and laughed. Despite this Elon Musk has contacted Doge developers and is now collaborating with them to improve the platform, reduce its carbon footprint, and optimize it as a payment method. To try to correct the misconception about meme tokens, we must therefore first understand the concept of meme tokens, and then look at meme projects that have real utility and solve real problems.

What Exactly Are Meme Tokens?

As the name implies, meme tokens, meme coins, or cryptocurrencies are created around internet memes, an image, video, or text that is usually humorous and quickly shared across social media platforms. Meme coins are frequently regarded as coins with no real utility and are thus considered worthless by many. For example, Dogecoin, the first meme token created, was based on a popular Doge meme viral on social media. Typically, meme tokens have an eye-watering huge circulating supply – often in the quadrillions.

Meme tokens have recently become extremely popular, owing to the ease with which they can be created and the massive influencer culture that surrounds some of these meme projects.

Creators of some meme tokens have capitalized on celebrity social media activities such as tweets and Facebook posts. For example, in May 2021, Facebook CEO Mark Zuckerberg posted a picture of his pet goats on social media. As a result, a meme token called ‘Aqua Goat’ increased in value by 300% in less than a day based on Zuckerberg’s social media post.

Are There Meme Tokens With Real Utility?

A few days ago, I sent out a tweet asking crypto enthusiasts who follow me to tell me about meme coins that they believe have real utility. I received some very interesting feedback and took the time to investigate some of the coins mentioned to see if they truly had the utility claimed. I made some very interesting discoveries and found that contrary to popular belief there are meme coins with real utility. I’ve highlighted a few of these tokens below to emphasize the point:

Ninja Doge is a charity utility token on the Binance Smart Chain Network, with plans for a mobile game and NFT, all in one nifty ninja package! Like other Doge tokens its designed with a 5% reward to encourage ‘hodling’, and a 5% set aside for liquidity to ensure price stability, as well as a 2% burn to maintain its value. But what’s also built into the token mechanism is 1% for charity for local animal charities. As the team explained in its whitepaper, one of the key reasons for creating this token is the desire to raise funds for local animal charities: “We believe the funds donated to smaller organizations will have a bigger impact on the surrounding communities. $5000 or even $10,000 for a conglomerate animal charity may not do much, however donating to that ‘mom & pop’ local animal charity across your street will make a difference.”

What’s nice about the charity donation mechanism, as well as it is targeted specifically at local animal charities, is that the Ninja Doge community gets to vote on which charity to select at every 3,000 holders’ increment. With the winner being randomly drawn after all entries all received, and confirmation of the donation is shared to their community and social channels. Also, part of the Ninja Doge’s exciting plans for the is a mobile game, created by the same people that designed Fortnite. A portion of the revenue from the game will be used to benefit Ninja Doge holders, the team confirmed. The aim is to have the game ready for distribution to users by the end of August. Finally, there are plans for limited edition NFT’s that will have attributes that benefit the token holders, though no date has been set for their release yet.

DogeCola: Dogecola, a meme token that debuted in late July, has as the name suggests its own soft drinks brand, as well as an essential feature known as auto-boost. The DogeCola team’s plan is to have the ‘MoonTaste’ soft drink in the hands of consumers by the festive season in December. It would also be the first cryptocurrency to enter the food sector, expanding the reach of the cryptocurrency market. To help reduce plastic pollution caused by corporations like Coca-Cola, DogeCola will be launching a community-led vote, to decide which eco-charities to donate to, along with partnerships with charities worldwide.

The auto-boost function is another distinguishing feature of DogeCola. This is done to avoid the ‘pump and dump’ type mechanisms common with some meme tokens on the market. To maintain stability, DogeCola uses auto boost to repurchase and burn tokens based on transaction volume. Another noteworthy feature is the high commission on selling DogeCola tokens, which was implemented to discourage selling and encourage holders by utilizing the ‘reflection mechanism’. DogeCola is currently available on the BigONE exchange.

“It’s really exciting to be listing such a creative meme coin, and not just simply as it has real utility as a soft drink beverage, but due to its ‘reflective’ token functionality,” said BigONE Chairman Anndy Lian. “We kicked off with an outreach program to bring in more users, as we want as many people as possible in our global community to enjoy becoming a token buyer with DogeCola!” he added.

BabyCake: BabyCake is the first CAKE reflection token launched about 3 weeks ago. The concept is simple, hold their native token and get a reward in CAKE on every transaction. Their auto claiming feature gets you CAKE automatically in your wallet every 60 minutes too. Tokenomics are clear: 7% of every buy/sell is taken and redistributed to all holders in Cake. 3% of every transaction is added to their liquidity pool. An extra 1% fee is applied to all sales and the game-changing function. 5% of every transaction is allocated to marketing.

Their ambition to become mainstream can be seen in some of the recent plans that they have rolled out. In their roadmap, it is also clearly stated that they will be launching their very own BabyCake AR gaming app too. Monk, CEO of BabyCake also told his community that they should be expecting animations, toys, and their own merchandise as well.

READ  Mid-Day Mumbai News: How reflective tokens and real-world use cases can work together

Closing Thoughts The meme tokens industry is currently worth $38 billion and comprises just under 3% of the total crypto market cap. With the latest crop of meme tokens providing real utility and with the support of social media influencers and their engaged communities, it is not far-fetched to predict that meme tokens will be widely adopted shortly. Meme.com, for example, is a new marketplace where people can compare meme tokens and mint their own “memetic tokens”, whose worth is based on the trends or memes they represent.

Clearly, there is still a lot of work to address the remaining issues in the meme tokens industry, but I believe that as more meme tokens with real utility are created, it will only be a matter of time before these issues are resolved and the meme sector within the crypto industry grows further.

Anndy Lian is a business strategist with over 15 years of experience in Asia. Anndy has worked in various industries for local, international, and publicly traded companies. His recent foray into the blockchain scene has seen him manage some of Asia’s most prominent blockchain firms. He believes that blockchain will transform traditional finance. He is currently Chairman of BigOne Exchange and Chief Digital Advisor at the Mongolian Productivity Organisation.