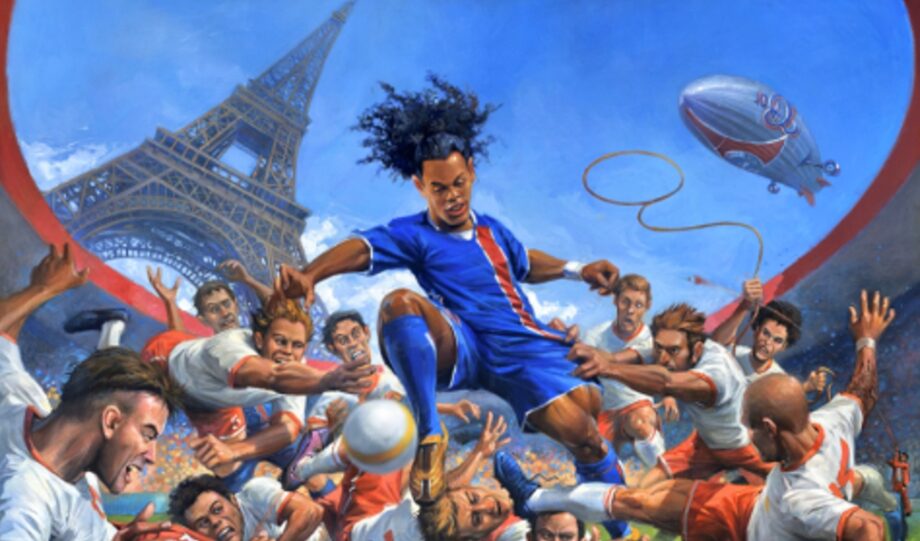 The former Barcelona, AC Milan and Paris Saint-Germain star will be the latest sports and entertainment personality to feature in a range of one-of-a-kind masterpieces.

Ronaldinho’s collection of exclusive pieces is the first that will feature on INFLUXO’s own Marketplace during a live auction for collectors and dedicated fans with additional collaborations to follow.

“Growing up, collecting playing cards of your favorite players was the ultimate badge of honor,” said Ronaldinho of his groundbreaking NFT collaboration with INFLUXO. “NFTs open a whole new world where digital assets converge with the real world and eSports to bring fandom to life.”

Ronaldinho’s storied career saw him win the UEFA Champions League as well as two La Liga titles with Barcelona and a Serie A crown while playing for AC Milan with the 2005 Ballon d’Or and his 2004 and 2005 FIFA World Player of the Year awards among his many individual accolades.

“Ronaldinho is one of the most important legends in the sports world and NFTs allow us to immortalize this legendary status through technology and entertainment,” said INFLUXO founding partner and Figer Group VP Andre Figer. “We see INFLUXO as a gateway, connecting superfans to collectible digital assets and real-world experiences.”

Ronaldinho is revered by soccer fans across the world for his memorable successes and exceptional ability with the Brazilian genius one of the few visiting players to earn a standing ovation at Real Madrid’s Santiago Bernabeu after a mesmerizing display in his 2005 prime with Barca.

“We are excited to bring Ronaldinho, sports and technology together for the launch to further enhance the NFT space,” added INFLUXO founding partner and BigONE Asia chairman Anndy Lian.

Seven one-of-a-kind NFTs from the Ronaldinho collection will go on auction and the winner will also snare an in-person experience with the man himself in Dubai next year as part of an experience which includes a round-trip ticket, two-day holiday stay, gala dinner and meet-up.

There will also be sports legend card NFTs available in six-card series with one additional airdropped card which enters holders into a sweepstake to win the same Dubai experience with the auction winner or an autographed jersey.