TOKYO — More than $275 billion has been wiped off the value of the global crypto market in the space of 24 hours, after the collapse of a cryptocurrency that was supposed to be pegged to the U.S. dollar sparked mayhem.

As of Thursday afternoon in Asia, the total market capitalization of global cryptocurrency was $1.14 trillion, down more than 19% on the same time Wednesday, according to CoinMarketCap. Dozens of digital coins lost a quarter or more of their value, and even bitcoin, the largest and oldest cryptocurrency, was down 14%.

A crisis of confidence among crypto investors has been spreading since the weekend, when TerraUSD became unmoored from the U.S. dollar, which it was supposed to be shadowing. TerraUSD, also known as UST, was one of the most popular “stablecoins,” which are meant to have the same value as a real-world currency and have become a backbone of some crypto trading.

UST’s supposed peg to the dollar was based on a complicated algorithmic interaction with other cryptocurrencies, which turned out not to work.

The price of UST fell as low as 23 U.S. cents on Wednesday, and while it recovered to a level around 60 cents on Thursday, that is far below the $1 peg it is meant to maintain. Do Kwon, the Stanford University-educated developer behind UST, tweeted: “I understand the last 72 hours have been extremely tough on all of you. Know that I am resolved to work with every one of you to weather this crisis, and we will build our way out of this.”

“The snowball effect on the whole market is big,” said Anndy Lian, chairman of the Netherlands-registered crypto trading platform BigONE Exchange. “UST deviates too much from the $1 mark, resulting in more panic in the market. Investors who are already fleeing risky assets amid fears over rising inflation and possibly a recession start to panic sell as bitcoin falls below their expectation.”

Ethereum, the second-largest cryptocurrency after bitcoin, was down more than 20% in 24 hours to Thursday afternoon, while other well-established and popular coins lost even more value. XRP and Polkadot were both down around 30%. Dogecoin, a joke cryptocurrency hyped last year by Tesla CEO Elon Musk, was down by a third, according to CoinDesk.

The collapse of UST has already caught the eye of regulators, many of whom have issued stern warnings about the potential risks to financial stability posed by stablecoins.

In a hearing before the Senate Banking Committee on Tuesday, U.S. Treasury Secretary Janet Yellen said it proved there should be federal regulations. “This simply illustrates that this is a rapidly growing product and there are rapidly growing risks,” she said.

Most popular stablecoins, like Tether and USD Coin, claim to support their peg to conventional currencies such as the U.S. dollar by holding the same amount of fiat currency. Tether traded as low as 96 cents, versus its claimed $1 value, at one point on Thursday.

UST is known as an “algorithmic” stablecoin, using a complex mix of code and a sister token called Luna to stabilize prices. It relied on a mechanism that incentivized investors to maintain the peg, automatically adjusting the supply to maintain value.

Despite its riskier nature, UST gained popularity for a decentralized finance application called Anchor Protocol, which paid out interest in the form of cryptocurrency to users who lent out their UST.

The price began to fall below $1 late last week, after an interest rate hike by the U.S. Federal Reserve and a sharp drop in the crypto market. Amid the turmoil, the sister token Luna also sold off. This resulted in the algorithm becoming unable to work properly, breaking UST’s linkage to the dollar.

Additional reporting by Wataru Suzuki in Tokyo and Dylan Loh in Singapore. 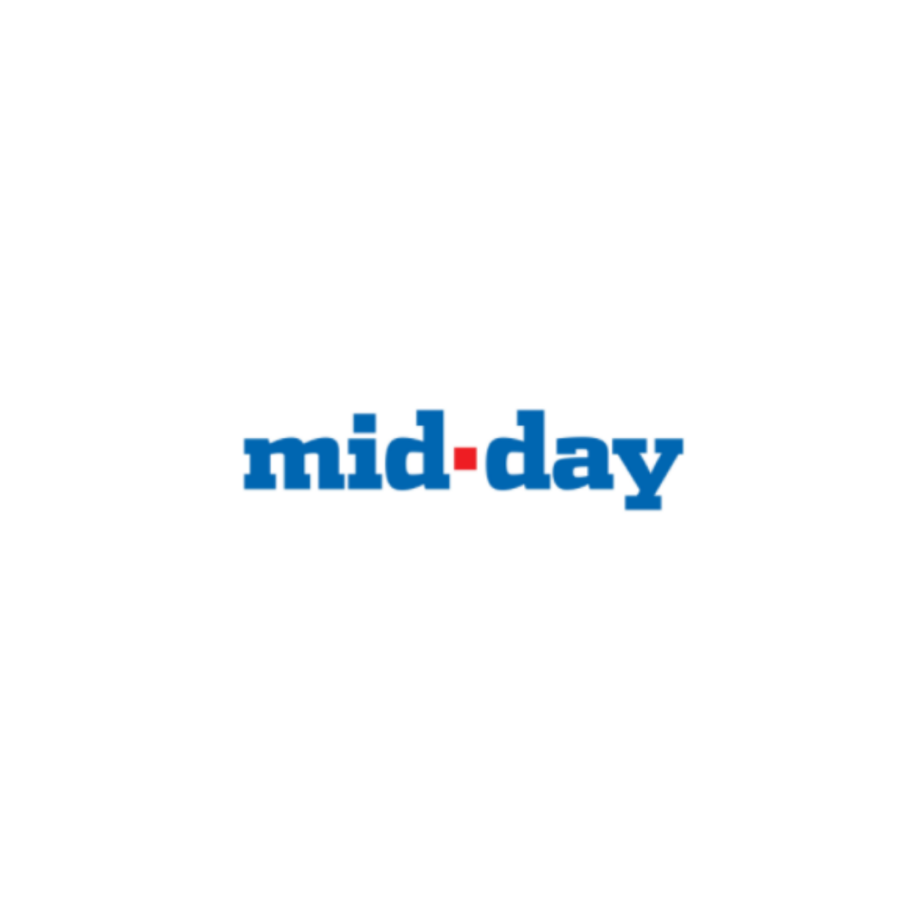 Mumbai`s homegrown newspaper – Mid-Day is a 41-year-old brand. Thank you for listening to my inputs.

The media outlet has quoted my points on how reflective tokens and real-world use cases can work together. Taking Dogecola as an example. The Cola sold will be used as a form of funds to support its crypto pricing. The added-on elements such as GameFI and NFT would create a better bond and interaction between the brand and the consumers.

The combination may not be rocket science but they are certainly making traditional companies think about how tokenization would work for their business.

Why DogeCola Is the Reflective Token To Watch

Following news that the ‘king’ of meme coins Dogecoin has relaunched its foundation with plans to become a serious global cryptocurrency, is DogeCola ‘on trend’ as a  meme coin worth taking seriously? Meme coins are tokens backed by crypto influencers and investors have rapidly increased in popularity. CoinMarketCap estimated there were more than 5,000 meme coins available to investors by late June. Created as a joke meme back in 2013 Dogecoin started the trend, rising to prominence after Tesla CEO Elon Musk tweeted about the novel token in April 2019, replying to a tweet saying “Dogecoin might be my fav cryptocurrency. It’s pretty cool.”

While meme coins are a type of cryptocurrency, a key difference between the likes of Dogecoin and currencies like Bitcoin, comes down to utility. Namely that most meme coins, serve no real-world purpose. Even more reason why DogeCola, which is both a reflective token and a soft drink brand, has such potential to grow the meme coin market more sustainably in the future. In just the past week the cola-branded meme token, has delivered on its promise of distributing 1,000 sample cans of the fizzy drink to its token holders. And as its doubling-down on its listing on BigONE exchange with a staking activity, it’s certainly appears worth a closer look.

In this article we’ll therefore review how the ‘reflective’ token mechanism works to maintain price stability, the role the DogeCola soft drink brand plays in its growth, and what this could mean for the chances of success in such a fast-moving meme-market place.

Taking a look ‘under the hood’ of DogeCola

Auto-boost function: The auto-boost feature helps distinguishes DogeCola from the other standard meme tokens on the market. The DogeCola project’s developers added this feature to prevent the all too common ‘pump and dump’ associated with meme tokens. It was designed to make variable repurchasing and token burns based on the transaction volume every 24 hours. The goal is to keep the price of DogeCola high by burning tokens and reducing supply every time a sale is made with the tokens.

Reflection mechanism: The reflection mechanism means the tokens are self-generating and aim to discourage selling by promoting a ‘hold and earn’ use culture. By implementing a reflective mechanism in the token’s smart contract, all transactions involving tokens are ‘taxed’, and rewards are distributed evenly among holders. The DogeCola team does this to encourage the holding their tokens, and the commission on sales is much higher to prevent whales from dumping and driving the price down

Branded cola drink: The DogeCola team has begun the process of bringing their soft drink brand to the market as soon as possible. In a recent interview the DogeCola project’s lead developer, Chris, confirmed that the primary goal is to have the soft drinks readily available for purchase in stores, within the next three to six months. In the meantime, DogeCola token holders this week snapped up the first 1,000 samples. As Jason McLeod of the community-based #stopelon crypto initiative, commented on Twitter: “I definitely think this is the way crypto will go in the future. For me, it’s all about that link from crypto to ‘everyday’ people in the ‘real’ world.” The DogeCola team also plans to fight plastic pollution caused by corporations like Coca Cola, using a community-led vote to determine which eco-charities to support – enhancing their ‘disruptive’ branding in the process.

What the crypto experts think of DogeCola?

At the launch of DogeCola in July, Chris the lead dev and founder proclaimed: “If you like Coca Cola, if you like Dogecoin, then you will love DogeCola.”  While the meme coin has risen in price by 556.1% from listing on CoinGecko to its all-time high, with the current price 500% from the listing price, its already has some push back from within its 10K strong international Telegram community. “Please know that you are in a project with a team that many times literally does not sleep in 72 hours; please do not look at x minutes candles in DogeCola; try to be patient, intelligent, trust the process and stick to your guts and vision,” said @Freejo1 in response to such jitters.

Jason Suttie, CMO of Bumper, a new protocol designed to protect the value of your crypto says: “What I find most exciting about projects like DogeCola is the visibility it’s bringing to the crypto space from the general public. Everybody knows Cola, many non-crypto people have now heard about Dogecoin. DogeCola creates a connection between a physical and virtual object which starts to make crypto less scary for the uninitiated. It’s through clever projects like this that crypto will make big steps toward mass adoption.”

Chairman of BigONE, Anndy Lian, says he believes that DogeCola being based on a reflective token mechanism and with a real-world use has a clear advantage in the crypto marketplace: “We are excited to list DogeCola on the BigONE exchange because it’s ticked all the boxes – a smart reflective token mechanism, branded cola drink, a great development team with passionate community behind it.” Certainly, this is supported by news that the team has succeeded in reaching 20k token holders just a couple of days after their CoinMarketCap airdrop on August 27th. And with a DogeCola sponsored NSCAR driver due to be announced shortly to further promote growth, this reflective token is surely one to watch out for.